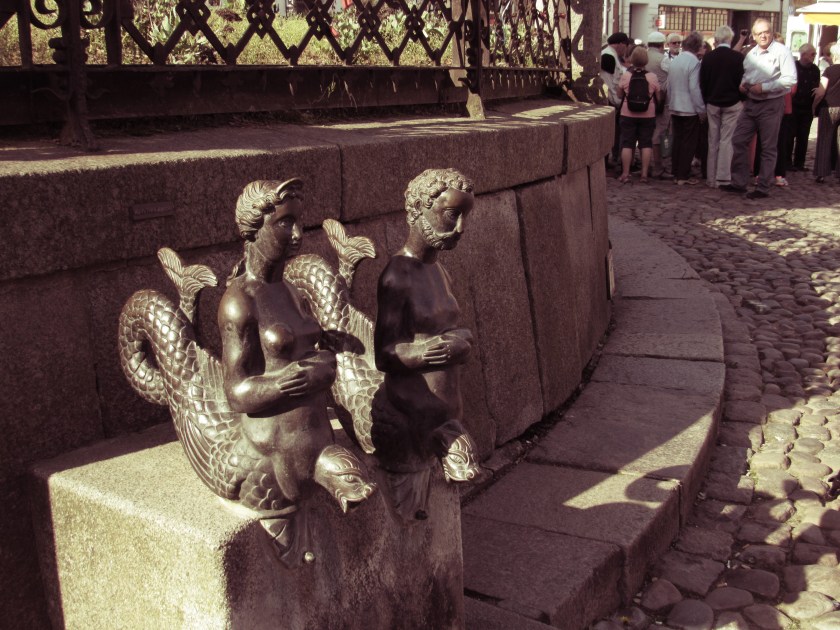 Our next stop on Braemar’s Maiden Calls Mystery Cruise was Wismar, Germany. We guessed that we would not be in Denmark again this day because we needed our passports with us. Most people guessed it would be Germany — I had stopped guessing! Watching as we sailed through a narrow channel marked only by buoys, I noticed the language and flags and could determine that yes, it was Germany — but where? We were pulling very close into a city. The ship even turned around and slide into a very narrow docking slip (great parking job!) and we were informed we were now docked in Wismar, Germany. It was an easy walk form the ship to the city centre. 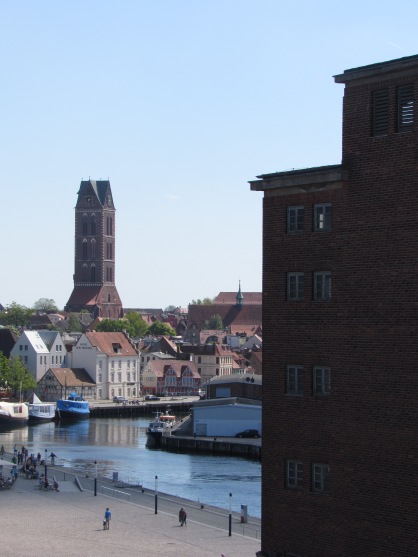 I had opted for another tour. This is highly unusual for me, especially if we are dock within a quick walk to the city, but not knowing made me want to ensure I saw everything! The tour I picked today took me to two cities — Wismar and Rostock. So off we we went!

The central plaza of Wismar has a really nice market around the original source for water for the town. The building that protected this water source was very ornate and beautiful. There was also a number of buildings representing different architectural styles. 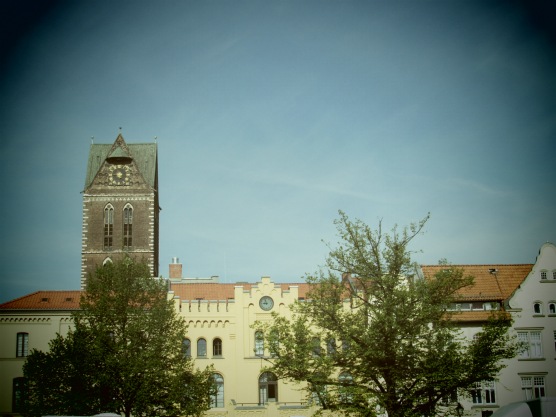 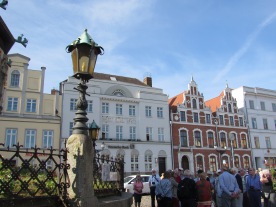 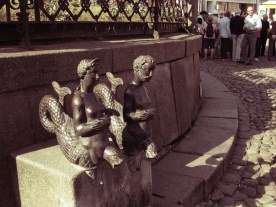 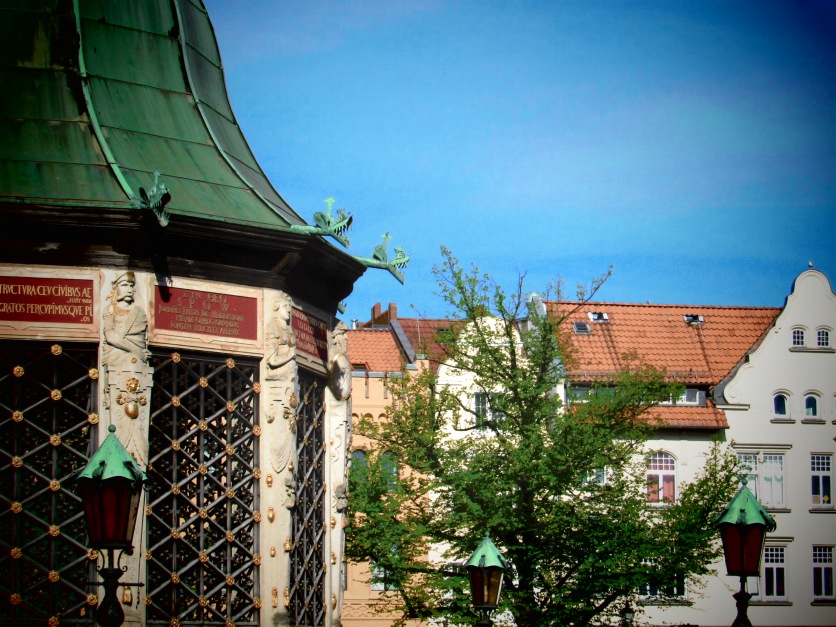 Then it was off to Rostock. This area was formerly part of East Germany and our guide, who was from Rostock, told us what it was like before and after German reunification. It was very interesting. He told of driving to the around 100 kilometers to closest town on the opposite side of the border and, when he told someone where he was from, they had never heard of Rostock! And yet, they were so close.

The central plaza of Rostock seemed a bit more modern — maybe it was because of the light rail transit system that lined one side of it. Or maybe it was the modern architecture that surrounded its central fountain. The sculptures were very modern representations of Norse Gods. There was a market here as well, selling fruits and vegetables as well as arts and crafts. there were also a number of outdoor cafes. I took advantage of this to get a nice espresso. 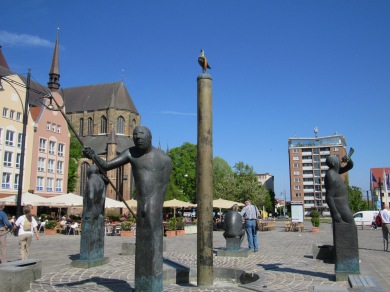 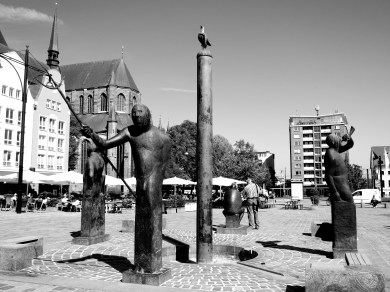 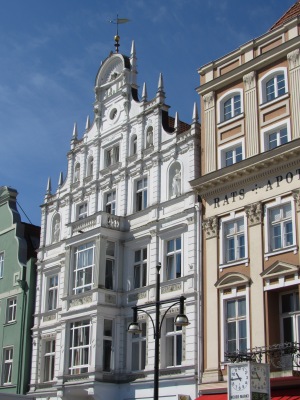 There was also a huge church. I went inside and was very surprised to see an Egyptian obelisk and sphinx as well as more typical iconography one might expect in a Catholic Church. 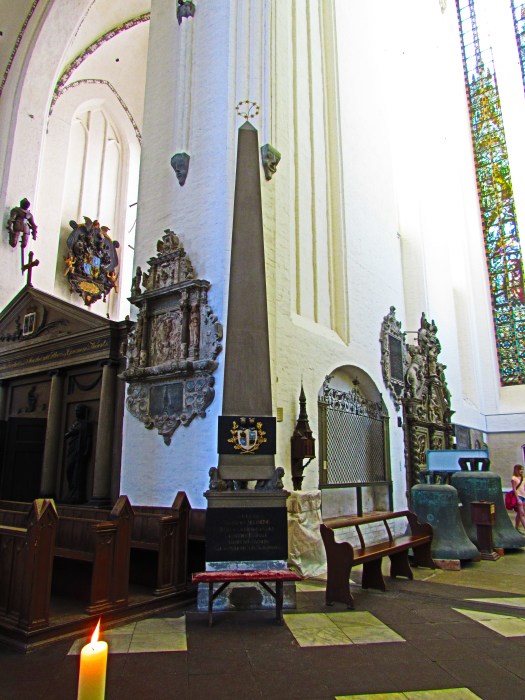 Back in Wismar, everyone was very friendly and gave advice on where to go for a nice walk into the city. As we left, a men’s chorus sang German shanty songs and we were sent off with a salute from a cannon and rifle volleys (I think they hit a seagull with the fist volley, as there were feathers flying!). It was a picture perfect day! 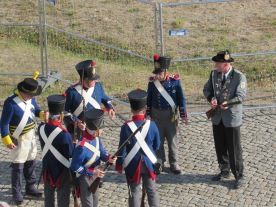