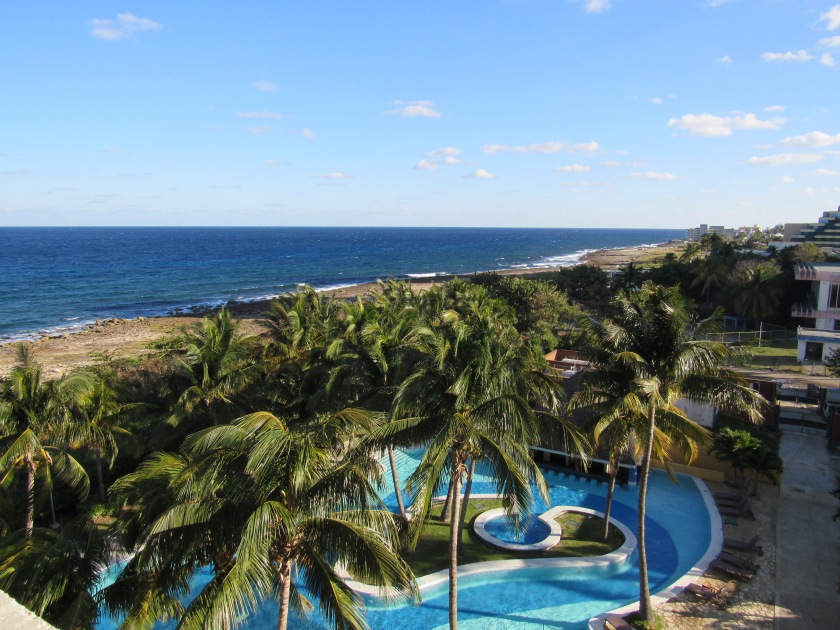 Probably the least interesting part of travelling is the getting form one place to another — especially if travelling by air.  However, this is also how many of my trips begin.  So, on a very cold and snowy day in Toronto, I headed for the sun and warmth of Cuba. Ok, the snow didn’t start until AFTER I got to the airport, but it was still cold! Check-in at Air Transat was easy and all I had was carry-on.  Even though I really planned out my packing based on the “rules” stated on the Air Transat site, I was told that I needed to back my small shoulder purse into either my roll-on (which I weighed carefully but they never checked), or my smaller bag with my camera equipment.  So, I re-arranged everything. then I went through security and won the prize!  They choose me to be “thoroughly checked” so they had to open all my bags, etc. This then meant Re-pack Number 2 wherein I misplaced the lock on my roll-on suitcase. Now, nothing was exactly where I wanted it, so I found my gate and found a spot for Re-pack Number 3.

Having to use my cane was also a bit stressful and my knee was really starting to hurt. But I found a nice place to site close to the gate — and then they moved the gate!  Yeah!

So there has to be some good news, right? Well, there was. There was an extra seat in Comfort Class — which I was able to snag, thus giving me priority loading and a nice cushy seat, free food and wine, etc. Now things were looking up.  We loaded the plane right on time and I was handed a glass of champagne — this is the way to fly!

By now, however the weather turned uglier — the temperatures were dropping, making it harder to load all the luggage — and it was snowing.  We sat at the gate for an additional hour, then had to go to the de-icing zone. So 90 minutes later, we were in the air.  This also meant, however, that we would land after 11 pm and I would still have up to a 2 hour bus ride to Havana.

Once through the locked doors, there is another line — this time for scanning all passengers and carry-on luggage.  It was a little shorter because you are filter through the immigration doors.  Once through this, there is the place for checked luggage — which I could breeze by on my way to hand in my customs form. I was now, finally, in Varadera, Cuba!

Next challenge, finding my bus to Havana, was really pretty easy — but a bit overwhelming with so many people and buses and I have no clue how they kept everything straight.  But I was directed to a bus, and soon there were a few other people with me and we were off to Havana.

My first sight, as we entered Havana was this statue as we made our way to my hotel (of course I first saw it in the middle of the night).

The last stop the bus made was, of course, at my hotel — the Melia Habana. Reviews stated that the outside of the hotel wasn’t nice, but the interior was amazing.  I have to say the the entire place is amazing. Check-in was easy and you can exchange money at the hotel desk 24-hours a day.  So, with my room key and CUC money, I went on search for me room, and here was the surprise — the rooms are arranged in a partially open courtyard and the first thing I felt was the breeze coming off the sea. Here are more pictures of the hotel. 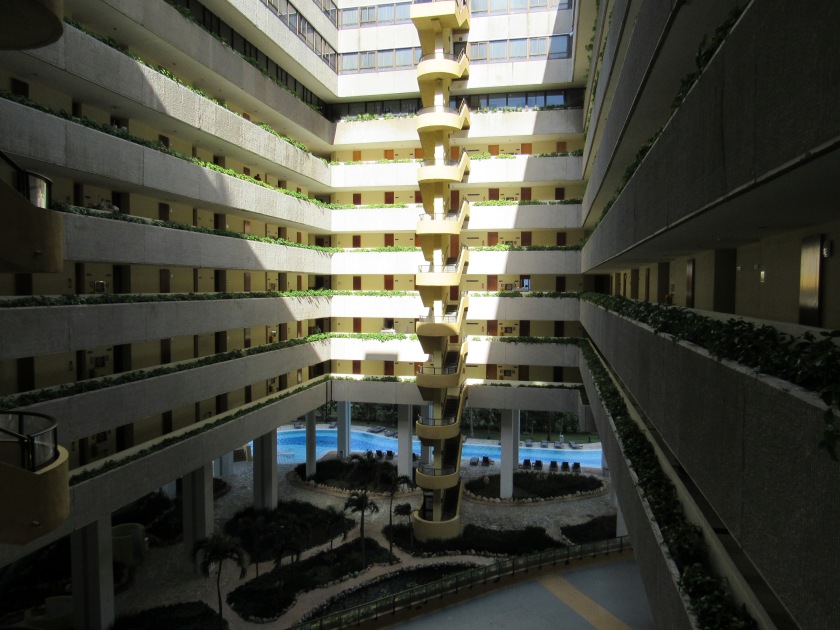