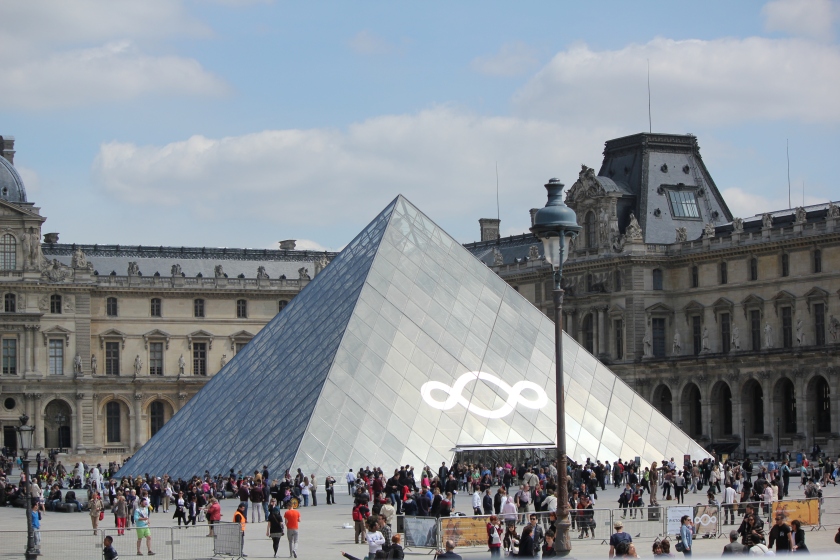 I love museums, and I’ve spent hours in some of the best. However, the sheer size of the Louvre has daunted me since my first trip to Paris. I knew, though, that this time I needed to experience the Louvre in all its glory.

I decided to get an early start this time, though, after seeing the lines yesterday. I also had a Museum Pass. This got me into a shorter line and, once the doors opened I did not have to buy a ticket and could go directly to the galleries. I headed to see a couple of the “highlights” before it got too crazy – the Winged Nike and the Mona Lisa.

I then just wandered through the Masters galleries until my curiosity concerning finding a painting by Caravaggio gave me a mission. Yes, there it was , La Mort de Vierge. Next to it, however, was another Caravaggio – a portrait of his patron, the Alof de Wignacourt, the Grand Master of the Order of the Knights of St. John in Malta. For me, this was an incredible treat. The Grand Master was shown wearing one of his special suits of armour – one that I saw in the Armoury in Valetta, Malta! I thought that was just a very cool coincidence!

I next went to the Roman and Greek sections of the museum. There was one statue that carved from a very special piece of marble that had blue veins running through it. I thought it familiar and discovered it was from Turkey, near Ephesus. When I was in Ephesus, I remember the blue marble, so another interesting coincidence from past travels! I also saw the Venus de Milo. I thought it was interesting that everyone was crowded around this statue that was not in the best shape when, there was, I thought, an equally beautiful statue of Venus – with arms – but no one seemed to notice.

I also saw several school groups and I thought how cool it would be to have the Louvre as your school outing! Several groups were carried notebooks and could be seen taking notes or drawing pictures of the famous works of art.

Finally, I had enough of being indoors and decided to take a walk through the Tuileries Gardens towards the Place de Concorde.

Tired feet finally sent me to a bus to see other areas of Paris.

Rested from my bus trip, I headed to Notre Dame, then spent more time wandering around the Latin Quarter. 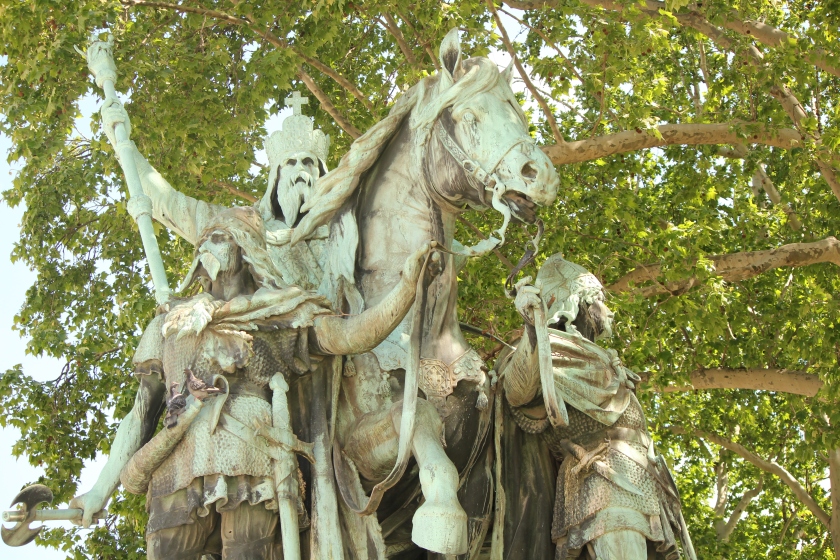 It was a very busy and exhausting day!