Dover is, of course, known for its white cliffs — and the only way to really see them is from the sea. Dover was the port for me to start my Mystery Cruise — and it gave me a great way to view something I’d always wanted to see. 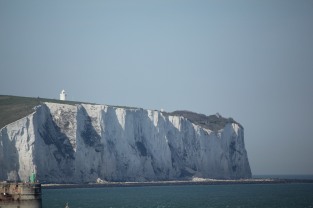 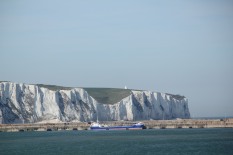 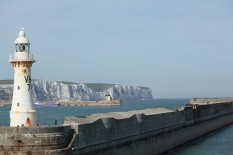 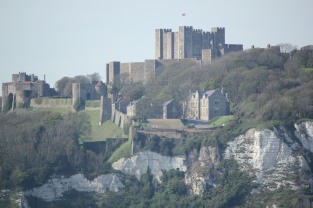 Time to set sail into a mystery … we have no idea where we will be tomorrow. 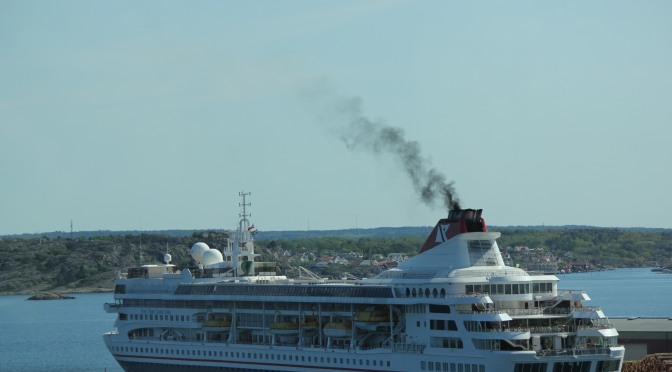 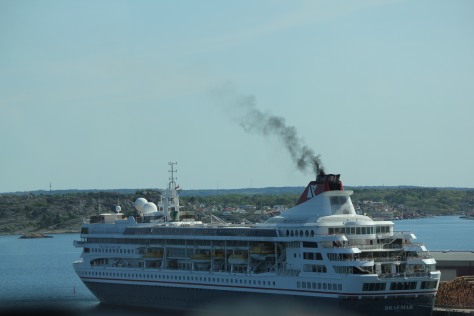 From May 5 to May 14, the Fred. Olsen Braemar was my home as I and my fellow passengers and the ship’s crew embarked on a mystery cruise to maiden ports — places that the Braemar had never been to before this cruise! Our starting port was Dover, but once we left, only the captain knew where we were headed (at least we hoped he knew where we were going!)

It was a mystery!

But now that it is over, sadly, I can share the wonderful places we visited! Here is the overview of where we went and how we got there.

May 5th
We left Dover around 4:30 under clear skies and sailed 176 miles. We all made note that the ship turned north as we headed out (although that did not mean much as the captain could have easily turned us around in the middle of the night). But we were confident that we were not heading to Spain this time.

May 6th
This was a sea day with partly cloudy skies. We sailed a distance of 285 miles and I did a load of washing since some of my clothes were a bit smokey from camping for a few days before getting on the ship (and yes, I will write about that adventure, too!). At night, it was our first formal night and the Captain told us all he would about the cruise and places we were going by saying, that only two people know where we are going, me and the Head Chef. And all I will say is this … it`s a mystery!

May 7th
We arrive at our first mystery port. I am up early to watch us pull into port and to guess where we were. I saw a Norwegian flag, so I had the country — but no sign of where. The Captain finally announce that we were in Larvik, Norway! This would be my first time in Norway and it was a beautiful start to the day with clear skies and a light breeze. Distance sailed: 295 miles.

May 8th
Watching us sail into our second port was overwhelming because it seemed that everyone who lived in the town we were going was out to greet us! They had lined the port and vessels of all kinds were sailing along side us, including a Viking ship! And this was all before 8 AM on a Sunday! At dockside, there was a Viking group doing battle and providing a honour guard for us as we departed the ship. Welcome to Hundested, Denmark! This was the warmest welcome I`ve ever had while sailing and I will never forget it. All Hail! Distance sailed: 200 miles.

May 9th
Watching us pull into port, I was confused at first because I thought I saw a Swedish flag, however we were back in Denmark — this time is was Nyborg, Denmark. This is a beautiful town and, while we were docked in an industrial area, a shuttle bus took us to the town centre close to the Nyborg Castle and other sites. The people were friendly and helpful in showing us places to go and things to do. It was another beautiful day! Distance sailed: 100 miles.

May 10th
Sailing into our next port was very interesting, as we seemed to have a very narrow channel to navigate, marked by bouys. Once near the town, the ship was turned around and slide into a narrow docking space. We were docked very close to the centre of Wismar, Germany. It was an easy walk into the town that has an interesting collection of architectural styles. It is also a quick drive to Rostock, another German town along the coast. Again, it was easy to get information and people were so welcoming and willing to help. as for our send off — we had a men`s choir singing Germany shanty songs and a group of men wearing uniforms from different periods who, with the addition of a small cannon, gave us a gun salute as we left! Distance sailed: 109 miles.

May 11th
We really had no clue where we would be next, of course. All through the cruise, there were people playing various guessing games and a lot of us checking the atlas in the library (which went missing one night). I finally figured out that I could at least find out the country by checking what flag we were flying. But that is as good as it got for my guessing game. Where do we sail this day? We were back in Denmark in Fredericia. Our welcome this time was a marching band! There were also bikes we could rent and a tourist train that would take us the short distance from the port to the town centre.  A short drive from the town is a Viking site, Kongernes Jelling. Distance sailed: 163 miles.

May 12th
Sailing into our final mystery port was interesting. It did not look like there was anything there except very large rocks — granite is important to this area, as we would soon learn. The biggest clue as to where we were was the ABBA music playing at we docked.  We were in Lysekil, Sweden. This area is dotted with small fishing villages, beautiful scenery and Bronze Age rock carvings. There are seals close to the harbour as well. The weather was again perfect — as it had been the whole trip. As we left the port, we had to check in with immigration and verify our passports. It was nice to have such friendly immigration officials to talk to (and even joke around with). As we sailed out of port both tourist guides and immigration officials were all dancing to ABBA. Distance sailed: 214 miles

May 13th
The mystery was over and it was time to sail back to Dover — our final port. It was a great trip and I would do this again! Distance sailed: 329 miles.

I love sailing on the Braemar! Everyone is friendly — from crew to the passengers. There are great places to sit and relax throughout the ship, which is one of the things I really enjoy.

Europe .. in isolation I dream

Just cruisin' around the world

Travelling around Europe -- London, Norway and the NetherlandsJuly 15th, 2020
Looking forward to sailing with my sister!